Pele was on my lips, and ...
… on the lips of every kid who touched football during my student days. It was not until much later, when I went to Italy, that I saw him in action - in an exhibition match in Milan. But, as a child, I developed my own image of Pele. In spite of my pathetic footballing talents, I would spend hours playing football, dreaming to be a great footballer. I still play the game. 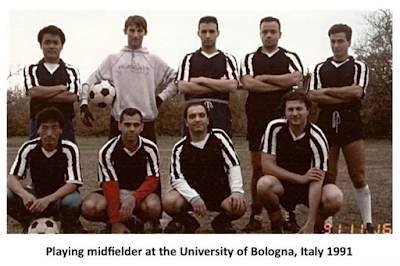 I continued playing at university, and actually made it to the class team (my class had 300 students). I also became a registered fan of Bologna FC and many Sundays I have been to the Dall'Ara Stadium in Bologna. I met stars like Roberto Baggio and Beppe Signori, because I was allowed to watch their closed-door practice sessions. I once had a chat with legendary Bologna coach, Gigi Maifredi, who was credited for taking Bologna from C Division to B to A. I asked him how he always managed to put together a winning team out of an unknown group of players. “Start with the basics – the fundamentals,” he said. He would often remark, “One guy will have the ball at any given time.  I am not interested in him. Let's work on the other ten.”

The fundamentals, stupid!  What a great lesson that was!

Football also taught me something very important. There is only ball and so when you get your chance, you should play it well. The ball can come at you from every direction, sometimes when you least expect it, or when you are in an impossibly awkward position. But you have got to take them as opportunities, run with them, and do your best.

Challenges and opportunities in my life have indeed come from every direction, in different shapes and sizes and forms. I learned to take them more as opportunities not to be missed. There was one, in particular, that I decided to grab and run.

One challenge came in the mid-nineties. When I was in my final year in college, my dissertation was titled, "Project Television Bhutan". I even sent a copy to then Permanent Mission of Bhutan in Geneva. After I returned from Italy, I started talking about introducing TV into the country. Everyone told me to be careful because His Majesty the Fourth King did not want it. As soon as that person told me I was like, “Yes! There is an opportunity here. If everyone is so scared to even talk about it, no one would take this up and I would be the one to make history.”

I took the ball and ran with it. Three years of persistence and perseverance later, BBS TV was inaugurated. On June 2, 1999, His Majesty the Fourth King announced it in the Silver Jubilee Address to the Nation, as my my team and I were still trying to put the signal through at Sangaygang. For leading the project team and launching a TV station in a world-record time of four months, I was conferred the Asia-Pacific Broadcast Engineering Award in Manila in November 2000. 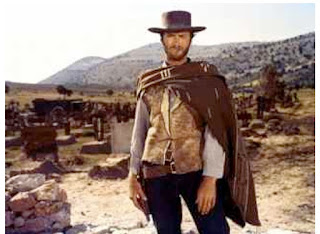 So, keep on dreaming and...
… remember to follow your heart.  After failing to become a Kung Fu master, astronaut, Olympic medalist, and a world-class footballer, I must say I achieved at least one dream – to become a filmmaker. That’s thanks to my last childhood hero – Clint Eastwood.

For anyone who has seen movies like Fistful of Dollars, o The Good Bad and the Ugly, you know what I am talking about. I mean, who wouldn’t want to grow up to be like him – tall, handsome, independent, fearless, and silently strong! Man, I wish I could also gun down the whole village at a go – like him.

Watching Clint Eastwood and Bruce Lee also made me a film addict. I bunked classes and evening studies to watch movies. As punishment I cleaned many toilets in school and watered all those plants that have now become trees in Kharbandi campus.

Films, and art in general, developed my imaginative power. And, I used my imagination to write, direct and shoot many documentaries. But, my small Boddhicita Being drove me to use the imagination for a greater good.

For me, the power of imagination has been the power to identify myself with people whose life and experiences were drastically different from mine. That power to put myself in their shoes humbled me and made me more human. 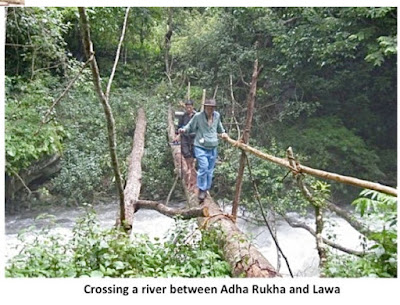 In 2007, I was on a photographic assignment for Tarayana Foundation in Athang Rukha in lower Wangdue where I came across a village in a terrible condition. I was particularly stuck by a visit to an old woman living in a shack.  Her house had crumbled.  Her only son fell off a cliff to his death. Her daughter-in-law met with an accident and sustained brain injury. The two grand daughters left for another village every day as farm labourers, so that they can get something to eat. When I visited their shack, the old woman was worried she had nothing to offer me, but to put her to ease I asked for some hot water. As I sat in that hut, in front of her, sipping from an old aluminium cup, a world of different reality dawned on me and I just couldn’t imagine being in her shoes. For once, my power of imagination failed me. So, I decided to imagine a better life for her and her fellow villagers, and help them help themselves to make it real.

I returned to the village 11 times in two years – taking food, medicines, irrigation pipes, cloths, and everything else I could beg off my rich friends and organisations in Thimphu. Athang Rukha and its 18 households have ever since sprung back to life with vigour. I had no magic wand and their success is totally their own doing. I simply empowered them to think for themselves, work as a team, have confidence as humans and, above all, to “imagine” a better future for themselves and their children. And work hard towards it. That, after all, is what a nation building is all about.

For this real sense of achievement, I have my childhood hero, Clint Eastwood, to thank for. I have sent him an invite to visit Athang Rukha. He still owes me a reply.