The Strength of the Rising Sun

March 11, 2011 - I was at a lunch in Akasaka (downtown Tokyo) with two of my friends, Sakitsu san of the NHK World and Ogawa san of the Tokyo Broadcasting System (TBS) when suddenly the building started shaking. Mildly at first. “It’s normal,” one of them reassured me. But the quake only intensified and things started falling down around us. Some people started screaming outside. Sakitsu took out his phone and was rather shocked by what he saw on the mini-screen, “It is a big one. It hit Fukushima. Tsunami alert along the Pacific Coast.” There was an emergency. Immediately he excused himself and rushed off. Ogawa, seeing me little dazed, asked me to follow him to his office – the TBS building, which is probably one of the safest buildings in Tokyo. I followed him. In the streets people were running all over the place. A big earthquake has just hit Japan.

The 9.0RS earthquake has released an energy that was equivalent to 30,000 times to the atomic bomb that was dropped in Hiroshima during the World War II. But more than the earthquake (because Japan was prepared for it) it was the tsunami it triggered that devastated the north-eastern coast of Japan. Scenes of cities beings washed away, like in the movie Day After Tomorrow, were flashed on TV news over and over again. At the time of posting this article, over 3,000 people have been confirmed dead, as many were still missing and over quarter of a million have been left homeless or directly affected.

The response to the disaster was quick. Over 1.2 million people were evacuated within minutes after the tsunami alarm went off along the Pacific Coast - from Hokkaido in the north to Kyushu islands in the South. Relief and recovery teams went into action even before the first wave of Tsunami hit the Iwate prefecture (which was closest to the epicenter). Trains, airports and subways were suspended and elevators in every building in Japan were disabled with clockwork precision. The Self Defense Force (Japan’s army) was put into action and the Parliament suspended the debate and the session to allow the government to deal with the crisis.

But what really amazed me was not the Japanese efficiency at work. Rather the courage and the dignity with which the Japanese people, those who were directly affected, dealt with the tragedy. It is often said that the worst of times brings the best and the worst in us. In the case of Japan, it has brought only the best in their people. Although left with nothing for themselves and for their family, people lined up in the usual orderly manner – to get some food, buy some supplies or to make telephone calls from public fixed lines. The sense of community was simply moving. For all their technological advancements the core value of Japanese society, the social harmony, is still strong. Usually emotions run high and looting and riots take place where desperation sets in. This has happened in recent tragedies and turmoils all over the World. But not in the Land of Rising Sun. I couldn’t help but admire my in-laws (my wife is a Japanese) more than ever before for their great courage and the highest sense of civility.

On 13th March I boarded my flight for Seoul as scheduled from New Tokyo International Airport in Narita. Life in Tokyo had almost come to normal after two days although the after-shocks and the threat from the Fukushima nuclear plant kept coming. I called up Ogawa, Sakitsu and my sister-in-law, Junko, for taking care of me and sending me home safely. As the flight took off from Narita airport, I bid goodbye, for this time, to this country that has given me so much but was going through, what PM Kan described as, the worst crisis since WW II.

As we climbed higher I looked out of the window and saw the earth moving away and clouds slowly covering my second homeland. A deep sadness engulfed my heart. If there was one positive thing for me out of this incident, I realized how much my friends here and my in-laws cared for me and how much I have become closer to this country. I also realised how unpredictable life could be - for individuals and for nations.

But just as the aircraft turned left on its final trajectory towards Seoul, a bright light appeared in the horizon. It was Mount Fuji, beaming with the winter snow still covering its summit. Standing above the dark cloud that was now covering everything below us, I smiled tearfully at the sight and offered a little prayer. “Yes, Mount Fuji,” I thought, “You are the spirit of this Nation. Rising above all adversities."

Whatever destruction or despair Mother Nature may have thrown on this Land, suddenly I felt confident that like Fuji san (as the Japanese refer to their favorite mountain) the people here would stand tall, rise above the situation to rebuild their nation and move on. They have done that in the past. They will do again this time.

That is the strength of the Land of the Rising Sun. 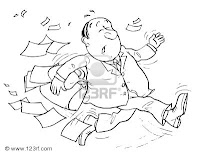 Last-minute rush is a trademark of the Bhutanese people. And I am a real pro in this. One of my former bosses used to call me ‘the last minute genius’ because I would do most of my work at last minute and, more often than not, I would do it well.
As age caught up with me though I became a little wiser. “How about making my weakness into a strength?” I thought one day. I reversed the scenario. Instead for being pressed for time, I pressed the time. I did by doing things as if it were the last minute. I tried a few times and I found it was doing a lot good to my performance and output. For years now when I work or carry out an assignment I do as if it were another last minute assignment. Now I have made this hypothetical situation a habit. The habit has now become a philosophy. The philosophy is of course not new. It is rather an age-old theory and one of the core teachings of Buddhism – impermanence. Having said that I do make plans too and some of my plans are real long-term. My dictum has therefore become, “work as if it is your last day. Plan as if you will live forever.”
Remembering that everything is impermanent and thereby working as if there won’t be another day makes you achieve more and make the best of your time. It makes you passionate about what you are doing and you are focused to complete it rather than leave it for another day. Impermanence also makes you cherish every moment of your life and appreciate everything and everyone around you.
The impermanence feeling also humbles me. When I am upset with my colleagues, it helps me to be in total control. Because it could be your last day at work. When I have temptations for anything it reminds me of the transitory nature of events and objects. So might as well not crave for it.
The law of impermanence has also been the basis of many simple actions in our society. For example, while in the West, cups and plates (cups especially) are stored in the kitchen cabinet facing up, in traditional Bhutanese homes cups are washed and kept facing down. This practice comes from Tibet where Buddhist masters would go to bed saying their last prayers every night. They would carefully clean the cup and place it facing down. You never know if you would wake up to use it the next day.
The law of impermanence also detaches you from things that are real temporary – like power and position. Talking to a group of young reporters in one of the newspapers, I was showered with praises for being very approachable and they hoped that I would remain the same. “Don’t worry,” I told them, “I have to realise that I won’t be in this position forever." They smiled. I contiuned, "One day we all leave this World anyway”. They all laughed. But that is the absolute truth. A former ambassador to Kuwait once told me that there is a beautiful saying inscribed in gold on the gate of the presidential palace there – one of the most luxurious residences of one of the world’s most powerful people. “If power was permanent it wouldn’t have come to you”.
So the law of impermanence is divine. You can only find different ways to walk it.
Posted by Dorji Wangchuk at 10:53 AM 5 comments: