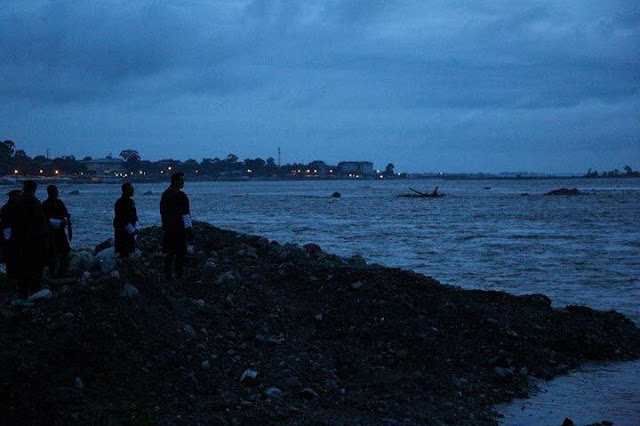 In Thailand there is a beautiful tradition whereby a king is supposed to stay awake at night. He does not sleep because he has to protect his people who retire from a hard day’s work. The tradition started from the kings of Ayutthaya who were at war with Burmese kingdoms. The people then could sleep peacefully because they knew that their King was awake and would protect them in case some enemies attacked in the middle of the night.

As the capital shifted from Ayutthaya to Thonburi to Krung Thep (aka Bangkok) this tradition, it seems, is still alive. King Bhumibol, it is being said, works a lot at night going through reports, maps and charts at night. In fact some years back I was in a taxi to the airport when our traffic stopped at a crossing. It was 3 in the morning and the royal motorcade was passing by. I asked the taxi driver and in a rudimentary English he said, “King never sleeps”. “Why?” I asked him with child-like inquisitiveness. He couldn’t explain further because of his limited English. A friend of mine later enlightened me on this tradition.

A facebook picture of our own King looking towards a menacing river at night reminded me of this tradition. Thai people believe that our King embodies the spirit of a king who never sleeps. And who protects his people all the time.

Yes, it’s true but we rarely attribute our good sleep to good governance. We have never thought that if we could go to sleep peacefully it is because we know we are safe; we know that our King will protect us and will be there for us. After all it is one of those things that we Bhutanese take for granted. Good king, good leadership, clean air, clear water, what else don't we take for granted?

“You know what? We should be grateful that our King worries for us - and that you guys don’t have to worry at all,” I used to tell students at Sherubtse College at the morning assemblies during my short stint there.

An Indian media tycoon once told me, “Now I know why you Bhutanese are happy. Because your King does all the work for you.” I was walking him to his car from an audience with His Majesty – at Taj Hotel in Delhi. The year was 2012.

I still think what the Thais tell me is the best. “You people should be lucky that you can sleep peacefully thanks to your King.”

Hopefully our people will say a little prayer before retiring to a peaceful sleep from now on.

Posted by Dorji Wangchuk at 3:03 PM