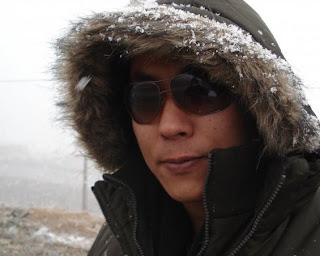 (Chimi Rinzin a former broadcaster with BBS died in a tragic road accident on April 6, 2010)


Chimi was my associate producer when I was working in BBS.  He was smart, intelligent, humorous and talented.  He was one of the best newscasters and host we had.  Chimi was also fiercely independent - a trait that other seniors found it somehow difficult to deal with. But I understood him better, took him into my unit and gave him the space and flexibility he needed and for that he respected me unconditionally and he delivered. However, he never spoke against anyone, respected his seniors who earned his respect and led his life and days on his own terms. When he put his heart and mind on work, no one among his peers could even come close to him in style, presentation and substance.

The best part of Chimi was his zeal for life and his humour.  He never had one bad day and was always ready to make others laugh with his endless supply of jokes and mimicries.  When there was any tension at work, he would crack one of his classics and the tension would immediately disappear.  We would then get back to rolling our cameras with lots of smiles and laughter.  Over time, I realised his mere presence in my team lightened our mood and the atmosphere around us.  Together we produced some of the finest works, which are still shown on BBS TV today. Even after our career paths long diverged we kept in touch mainly through facebook.  If fate had not been so cruel with him, he would have done wonders some day and made us all proud. The Bhutanese media fraternity has not only lost a friend but a talent in him.
Farewell my friend, and thanks for all the smiles and laughter you have brought to us.  I will miss you very badly. But every time you come back to my mind I promise - I will always remember to smile.  That's the way I would like to remember you.

(Chimi's sudden demise shocked the entire Bhutanese media industry.  He was only 32.  When my wife met him recently he said he was looking forward to leaving for Australia soon) 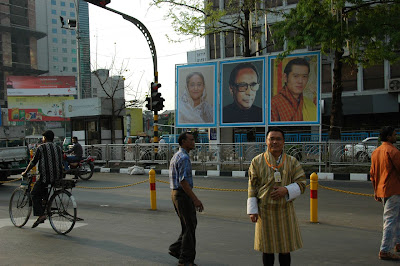 I must be honest. In the past when I came across Bangladeshis mentioning that Bhutan was the first country to recognize Bangladesh in 1971, it never occurred to me that it meant so much to them. I would just smile and give a standard reply. It was only this time, accompanying His Majesty to their 40th Independence celebrations, that I realised the genuineness of their historic claim.

It was on 26th March 1971 that Sheikh Mujibur Rahman declared independence from West Pakistan (so called because Bangladesh was till then referred to as East Pakistan). Some nine months of bloodshed ensued where over 3 million people were killed and over 10 million people displaced.

40 years and the scars of that liberation war still remain deep. The mere mention of their freedom struggle brings back painful memories. There is not a single person in Bangladesh, whose life has not been affected by that tragic period. Once this context is clear, one then understands the deeper meaning of Bhutan’s action in their defining moment.


The show of gratitude was overwhelming. On 26th March 2011, when our King who was the Guest of Honour entered the National Stadium, the entire crowd cheered. When PM Sheikh Hasina, in her Address to the Nation, told the people that they should never forget what Bhutan has done for them, the entire stadium applauded again. Everywhere people went to great lengths to make sure we were well taken care and every little detail cared for. A café owner in the hotel where we were staying even offered free espresso to me every morning. “How many times would your King visit us anyway? It is on the house,” He said with pride and gratitude.


Apart from enjoying free espressos and official receptions I couldn’t help but also develop a great sense of respect and appreciation for Bangladesh and for the wonderful people there. In every media reports I had come across in the past, Bangladesh was considered a young, poor, over-populated and a disaster-prone country. I now have a different view. I see a nation of 160 million with centuries of history and with a great future. A beautiful country with humble and hard-working people who can build ships and satellites and not just ready-made garments and jute carpets.


Bhutan’s support for Bangladesh in 1971 was historic. As Bhutanese I felt proud of the visionary move by our Third Druk Gyalpo. Now to add to that, His Majesty the King, in his State Banquet speech this time, has offered “a life-long friendship and steadfast support to the government and people of Bangladesh.” It is obvious that Bhutan would always find a friend, ally and good neighbour in Bangladesh. Such developments augur well not only for Bhutan and Bangladesh but also for the peace, stability and prosperity in our region. As people we should now work towards nurturing this special relationship so that the mutual trust, goodwill and confidence would translate into actions and benefits for our two people for all time to come. 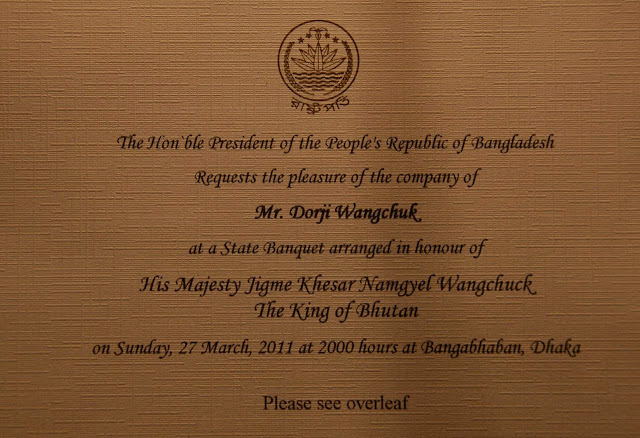 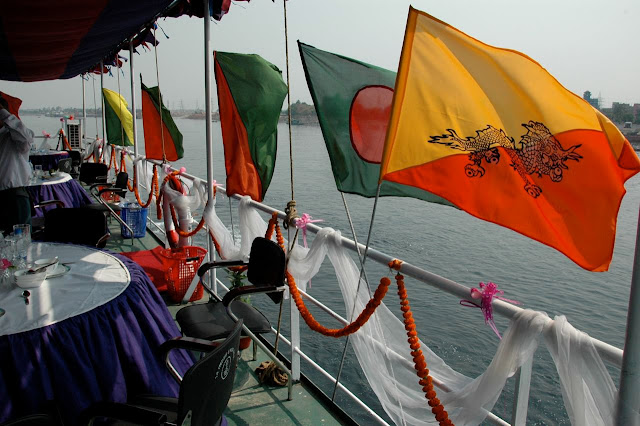 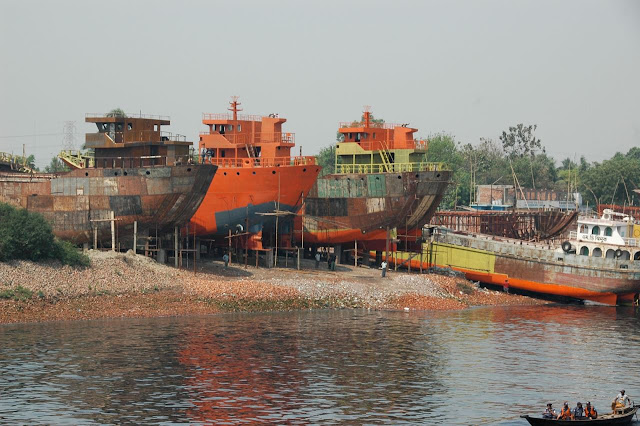 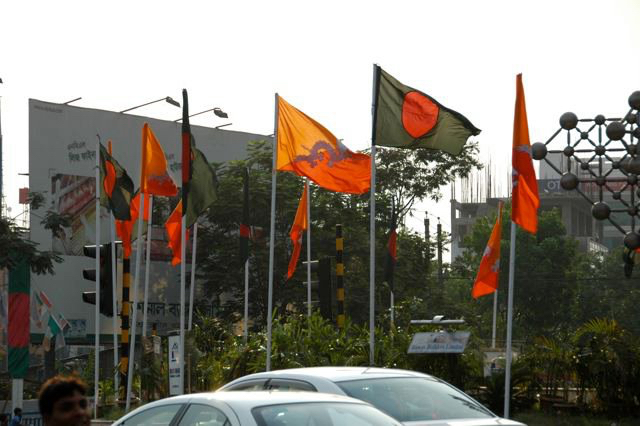 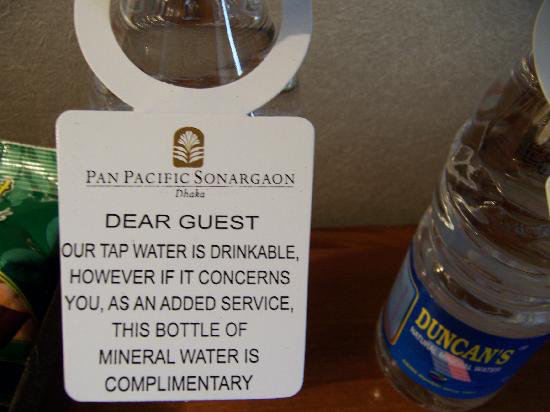 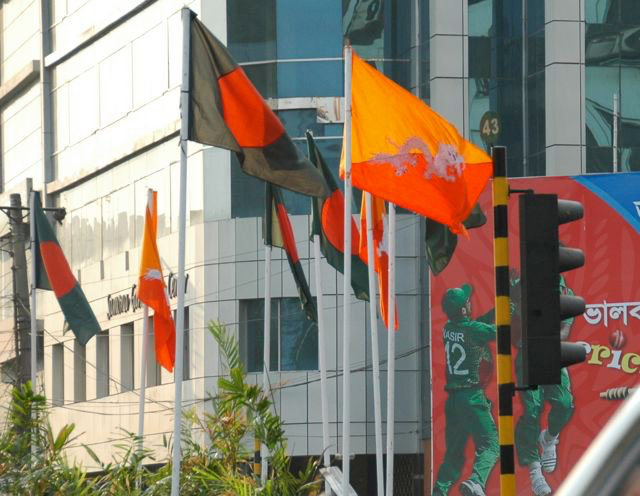 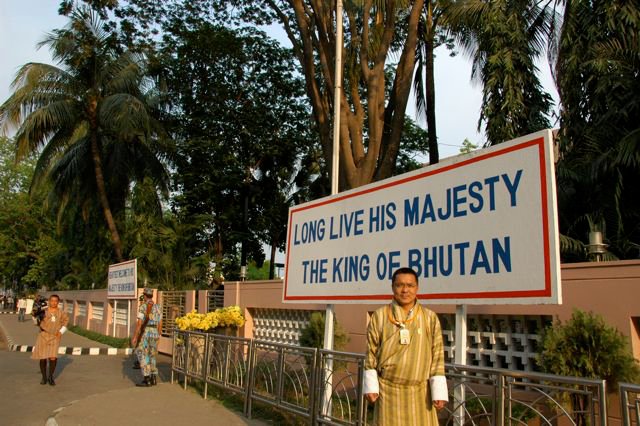 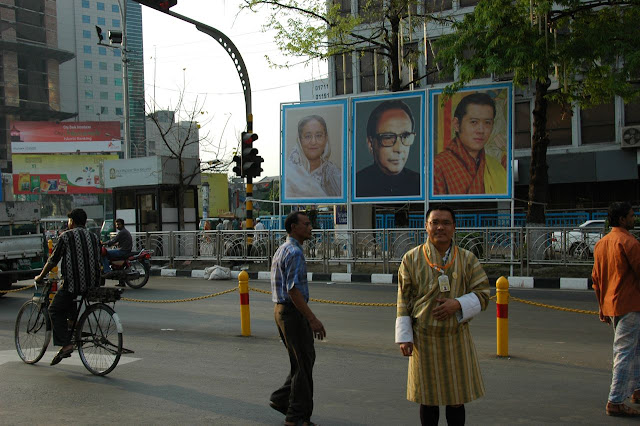