In September of 2009 a devastating earthquake hit Eastern Bhutan. The whole country shook for almost a minute. Houses crumbled, lives were lost and even mountains gave away. I was then serving as the Media Director to His Majesty the King. News of untold destructions and deaths started pouring in every minute. I was on the phone getting information on a continuous basis. But after few days I was getting tired. Not for working 24 hours per day but with the deluge of only bad news. So I called up the Kuensel Correspondent in the area and asked if there was nothing good happening there. I was definite that there would be help and humanity going around in such times. There could be some good things happening there like people helping other people who had lost more. Two days later, a news article appeared in Kuensel about a health worker who saved a child from a house that was crumbling and had killed rest of the family. The health worker risked his life. The story of heroism and humanity lifted the whole nation. Coincidently, that’s one story that I remember from that tragic event. In the days after the earthquake, His Majesty the King visited the area. I ensured that what we released to the mass media were not again stories of agony and misery but stories of hope, strength and resilience – and stories of restoring laughter and joy and stories of reconstruction and reassurance.

Bhutan embraced fundamental political changes in 2008 with the adoption of a written Constitution - and with the general elections that brought in the first elected government. However, in the words of the patron of Bhutanese democracy, His Majesty the King, democratic governance is a means towards the country’s greater aspiration of gross national happiness (GNH). As Bhutanese society slowly internalizes the fundamental principles of participatory governance, it should be noted that no country has built a strong democracy without a vibrant mass media. 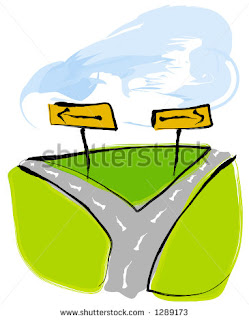 The Bhutanese media has its genesis in the modern development era that began with the launch of the First Five-Year Plan in 1961. As a tool to keep the people informed of government decisions, Kuensel, the national newspaper, was started in 1967. It began as an official gazette. Radio NYAB followed in 1973 as a youth radio and later became the Bhutan Broadcasting Service (BBS), the national broadcaster in 1986. Both Kuensel and BBS had the mandate to inform, educate and entertain the Bhutanese people alongside the country’s overall goal of modern socio-economic development. In other words, development journalism, a media model developed in Asia in the last 30 years, was practiced.

With Bhutan embarking on the road to western-styled democracy, there has been a proliferation of independent media with 12 privately owned newspapers and 4 commercial FM radio stations. In other words, the role of the media has now changed. The question, therefore, is what kind of media model has the new Bhutanese media adopted. Every major society developed a distinct media model based on its history and socio-political evolution.

At the outset, Bhutan’s thrust into democracy has come in an unconventional manner. It has come as another noble initiative of the institution of monarchy. Hence, it is obvious that the West-centric media models postulated under different political evolutions are not applicable in Bhutan. Besides, Bhutan although a small country, the historical, ethnic, social and cultural contexts are complex with a population of little over 700,000 speaking 18 different languages and coming from as many ethnic groups with distinct cultures, traditions and worldviews. Adding to this complexity is the fast changing mindset of a young population. 60% of the country is under the age of 24. These basic reality have to be factored into this academic inquiry. Above all, something as important and as defining as the mass media needs to take into account the fundamental Values the nation hold dear.

The western media model is rooted in western philosophy that shaped the values over the millennia. Thus the traditional Four Theories of Press and the Fourth Estate model promote individual values and rights such as freedom, liberty, equality and justice. Whereas the Bhutanese society, like much of Asia, celebrates community and collectivism (maang in Dzongkha). In addition to that are values like compassion (nyinzhey) and commitments (tha-damtsi) that have contributed to maintaining everything that is good about Bhutan. The fourth and the last Value is contentment (chhokshay), which happens to be the core concept of Gross National Happiness. The new form of journalism rooted in these profound, indigenous and local Values is what I would like to call the Middle-Path Journalism.

This new thinking also comes at a time when the traditional forms of mass media are collapsing all over the world as a result of the social media. The Fourth Estate Model and Four Theories of the Press are being challenged by this new form of citizen's journalism.

Bhutan with its profound Buddhist tradition and an extraordinary development philosophy of GNH can and should develop its own media model. The Middle-Path Journalism Model, which I propose, could also provide an ethical framework to advocate for contentment, community, compassion and commitments as core values of Bhutanese and Asian journalism in place of West and Euro-centric mass communication models that thrive on, and at times further inflame, conflicts, controversies and commercialism.

(From my talk at the Second Bloggers Conference, Paro College of Education, 25 October 2015)
Posted by Dorji Wangchuk at 4:59 PM